Google IO launched with some major announcements few hours ago. The last of the big three to announce their line ups and ideas for the coming year, Google updated Android 4.0 Ice Cream Sandwich to Android 4.1 Jellybean. It launched it’s first Nexus tablet and also brought a TV attachment in the form of Nexus Q. However, the announcements above were not too exciting and I saved the best for last.

As much as iOS6 played catch up to Google and Android in bringing turn by turn instructions, text replies at the homescreen, etc; Google did the same this time round. Jellybean is not a major update to Android and looks towards polish rather than bring in a whole brand new set of features. There’s nothing really innovative here.

Google has replied to Microsoft’s Local Scout and Apple’s integration of maps with suggested nearby destinations of food, retail and entertainment. I won’t compare Google Now to Siri because it does a lot more than Siri. In fact, Apple’s map integration with services does a hell lot more than it’s own Siri. This is why I think Siri is a gimmick. 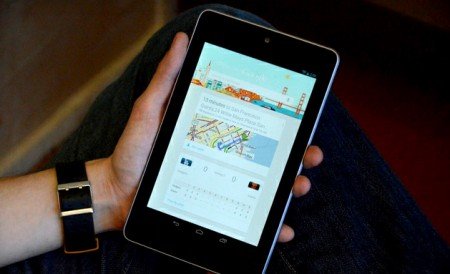 It is expected that Google will be able to provide better recommendations as they are a search giant. Microsoft relies on Bing and Apple relies on both Google and other online services they do not own. The interface of Google Now is decent but nothing outstanding. It provides more information that what Apple and Microsoft does at the moment. This is true to Google’s style – function first and then form. I expect third party app developers to be able to pull up those APIs and create customization options. No innovation here, just catching up.

Google announced the use of triple buffering and VSync to ensure that the Android UI is silky smooth and I’ve to chime in a bit here. Do not expect Android to be as smooth as iOS any time soon. This is not because Android is inferior but because Android simply allows you to do a lot more with the UI than iOS does. Ask anyone who has jailbroken iOS to install widgets and gain an extra layer of customization – iOS lags worse than Android when customization occurs. It is no wonder that Apple does not allow users to go beyond changing wallpapers.

There is no clear ‘this is better’ type of comparison. What Google is doing is to push the limits of customization for the user to play with while maintaining a decent level of UI performance. Apple on the other hand hard caps what the user can do to ensure that the UI performance is unaffected.  iOS6 also maintains that there will be no real customization on the iPhone/iPad platform for the 6th year running.

I expect Google’s philosophy to work out better in the long run because CPU and GPU capabilities and efficiency will only improve. The hardware will catch up with the software sooner or later and has already done so in ICS. This is expected to further improve with Jellybean. Apple on the other hand will have difficulty in allowing greater customization because app developers have no experience with low level APIs. 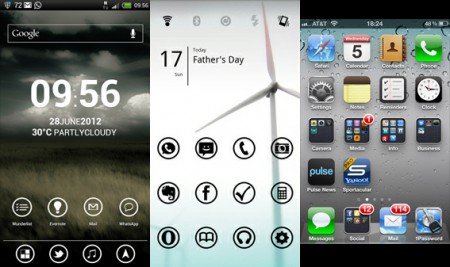 It’s up to the user – if you prefer a phone that you cannot change much but will give you consistent performance, get iOS or WP. If you want customization and greater features on your UI, get Android, but be ready to get some momentary lag. To be frank this lag issue is not really pertinent on ICS running 3rd party launchers. I almost never get any noticeable lag at all in my use of Nova Launcher on my One X. Choice is good, pick what you prefer.

There is also an improved notification bar for tablets which is both polished and very useful according to Verge hands on experience.

Again there is no real new innovation on Google’s end here. Just strengthening and attending to its weak spots.

Google is silently one upping both Microsoft and Apple here. Any voice recognition currently has to go through Google’s / Apple’s servers and you know how well that works when you lose a data connection especially in Singapore. So voice recognition will work offline. Nice but I’m not excited. Talking to your phone still feels weird. 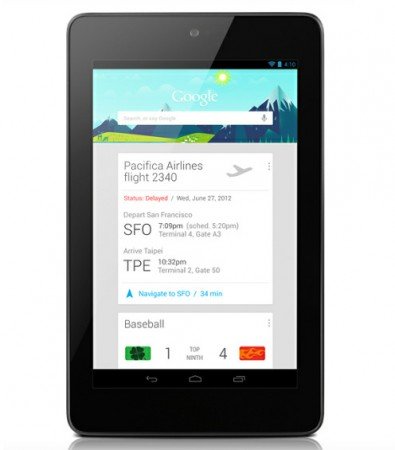 Google finally launched its own tablet. To be frank, I’ve never been impressed with Android based tablets. It just didn’t feel right. Google is attempting to change perceptions with its 7″ tablet that is targetted at the eBook market. This area is also a clear catch up move to Amazon and Apple. Amazon’s Android based Kindle Fire has been selling well and Apple has been in the lead with it’s music and video integration via iTunes. Google is attempting to join the party here by providing a media consumption tablet that is similar but more versatile than Amazon’s Kindle Fire. It is doubling down on providing books and magazines to its app store and is proclaiming to be the world’s largest eBook store. That’s interesting considering Amazon are the giants here.

The real winner here is Amazon. Google’s Nexus 7 tablet will definitely have the Kindle app and Amazon now has two great tablet platforms for their customers. I ain’t too excited by the Nexus 7. The tablet remains a non neccessary form factor. Having a 4.7″ phone with a solid but lightweight Ultrabook (or MBA for macheads) is the way to go. Tablets in general still seems either too bulky for mobile use or too constrained for normal computing. The only reason Microsoft Surface excites me is because the Pro version runs a full Windows OS and comes with a thin cover containing a keyboard and trackpad. This means it’s a fully featured convertible that can do everything an Ultrabook does while being able to fold up into a tablet when needed.

This US$199 tablet from Google is more of a well priced value for money thing. I am considering getting this for my parents. I personally have no use for this.

The Nexus 7 is a catch up move to Amazon and Apple. Google seems to be taking the battle to many fronts here. There is nothing really exciting about any of the announcements above. It must be said that unlike Apple, Google and Amazon are not bothered about making profit on hardware. They just want people to get these devices so that they can use their services. Amazon and Google are after all, web fronts for services and that is where their revenue lies. Hardware to them is just a gateway.

Good moves by Google to patch up their weaknesses but no real innovation.

The Big One: Google Glasses

Google glasses were formally announced for the developer crowd. This is the big one – a move towards making a tech dream both doable, usable and practical.

Google has managed to size down glasses into something small enough that people will wear. I won’t mind wearing such in public, it barely looks like a cyborg and the possibilities with having a heads up display (HUD) is enormous. Currently it has a camera, mic, wireless connection, GPS, accelerometer, compass and of course a screen. Basically everything a smartphone has but it’s up the developers to see how far they can push the device. Except, directions, email, messages, calls, etc to come in really smoothly over Glasses.

Of course the scale of the announcement was unprecedented even by Apple’s standards. Google now holds somewhat of a journalistic softspot with it’s daring announcement. I’ve to say Google has some guts doing this live. It could have gone wrong in many ways. They had skydivers wearing Google Glasses giving a first person perspective parachuting, biking and then rappelling into the conference.

That’s all showman stuff (which is not very Google actually) but here is what Glasses actually aims to do. This is a concept video launched early on but I think it showcases the potential of this system.

I like the concept, I think Glasses will replace the phone and redefine what hands free really mean. There are a hundred and one privacy concerns that will come with this, the same way privacy concerns came when phones first had cameras embedded. This is the future and this is what I got really excited about because the product is real and will land in the hands of developers early next year. I expect that a consumer version should come within 2-3 years.

Google IO 2012 showed one huge innovation and a catch up, polishing job on its Android OS on both phones and tablets. I’m looking forward to Glasses becoming the next big thing. If there’s one company screaming innovation now – it is Google.