Arsenal notched their first league win against 11 men in two months, beating West Brom 2-0 at home. The pressure before the match was high and deservedly so after a long patch of poor form. WBA is a team that Arsenal has a history of struggling against. This season their form has been terrific and this was a good opponent to begin a fight back. The display was convincing but you can’t be sure about this team especially in recent times. The Gunners controlled both the first and second half creating 19 chances but abysmally having only 3 on target. Gervinho was chief among those and Podolski missed a complete sitter in the dying minutes, firing over in the 6 yard box with his weaker foot.

It is hard to not improve after really pathetic performances but the team worked hard today. Attack and defense flowed better even though some issues remain. Sagna, Arteta and Gervinho fought very hard for every ball up and down the pitch. Wilshere put in a massive performance and was our most potent center mid. The manner in which he bewitched WBA’s defensive third with pace, power and excellent touch was a joy to watch.

The manner in which Wilshere bewitched WBA’s defensive third with pace, power and excellent touch was a joy to watch.

Defensively, we have learnt not to simply put Arteta with the two center backs when we were pushing up. This time, two central midfielders were always back to ensure it didn’t become a snooze-pass-fest between PM4 and Arteta. This gave us options to push forward and WBA’s attempts to choke Arteta didn’t work.

Gibbs provided an additional gear on the left with solid overlapping runs. Gervinho in return tracked all over the pitch to recover the ball. It was a good team performance after the painful weeks that have gone by. The team looked stung by the deserved criticism and responded today.

Arsenal have been so penalty starved that it came by complete surprise to be given two in this match. Arteta took both well, making up for the well saved one against Fulham. The talking point of course would be on the first penalty. Cazorla appeared to be fouled after faking a pass but replays showed very little contact between the two.

Did Cazorla dive? It appeared so. Some will say he anticipated the incoming tackle and went for it. I won’t be too quick to judge Santi because he doesn’t seem to be of the likes of Suarez, Young and Bale. He has never dived prior to this and instead has always picked himself up quickly after being fouled. Hold the judgement.

Santi has never dived prior and instead has always picked himself up quickly after being fouled. Hold the judgement.

The second penalty was a clear one. Ox burst into the box, West Brom couldn’t keep up and took his legs down with the ball far ahead of the challenge. Arteta chipped both into the middle of the net with perfect placement and power.

This man is so confoundingly two-faced, he needs a section of his own. Gervinho wasted a good 3-4 chances. Fans were pulling their hair out over his wastefulness in front of goal and we could have won the match by 2 to 3 additional goals if not for some really brain numbing final ball decisions. It has been said multiple times that Gervinho plays best when he doesn’t think. Gervinho didn’t play badly. In fact, he was very instrumental in attack. Gervinho provides us with a winger that can beat his market head on. We have no one else that can do that. Gerv also has the knack of getting in the right positions at the right time. To be frank, forehead has many aspects of his game right bar one – decision making. I’m not sure if he can gain that over time but that is exactly why fans are frustrated with him.

Am I the only one wondering why our set piece deliveries are so bad compared to nearly any team we play? Our corners could not clear the first defender. Why do we cross to the near post when PM4 is not there. You have to ask the coach because every one that has taken corners are doing the exact same thing. There must be someone on the training ground telling them to do that. It’s frustrating to waste such corners.

You can also tell there was ample fear whenever we gave away a set piece. PM4 went on his knees in frustration, you would have thought he had given away a penalty. It was a dangerous freekick in an advanced position on the right flank but the BFG’s response showed exactly what the Arsenal defense were worried about. Something has to be done about these set pieces. It’s a key feature of the game and we’re wasting / not coping with them. 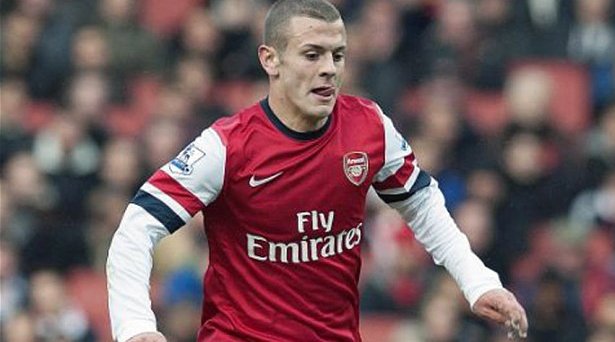 It is good to see the players fight to win. West Brom did try to stop the midfield but some simple readjustments paid off. We looked good going forward and also defensively in open play. Our shooting boots were terrible but thankfully Arteta was cool and composed with two chipped penalties. After many terrible weeks, Arsenal fans can finally enjoy a more relaxed weekend. The team has to keep pushing on, we have played ourselves into a position that we cannot afford any more dropped points. A step forward but the first of many direly needed.