The Inevitable Fall of Nations

For thousands of years, nations were important building blocks of civilizations. As human beings, we found the need to cooperate and work with one another. We built societies, grouped people together for some mutually beneficial gain. May it be fishing villages or tiny states, we lumped together for necessity. Safety in numbers, prosperity through cooperation and basically economies of scale at every point possible.

Rise and Fall of Empires

From countries to nations, the lust for power and control grew exponentially. More land and the control of key resources saw the birth of empires. Whether they be the Babylonians or the Romans and even empires from Britain, Spain and the like; we simply scaled up.

But empires bent on world domination through aggressive economic and military pushes couldn’t last. The manner in which they coerced submission meant that any crack would be quickly exploited by the suffering majority. The world wars in the 20th century destroyed the notion of empires but the need to cooperate was filled by international organizations. The United Nations, IMF, World Bank, European Union and a host of other transnational bodies took the place of empires. In their interest were the same key goals of resource allocation and economic efficiency.

The world wars in the 20th century destroyed the notion of empires but the need to cooperate was filled by international organizations.

But things have not gone too well on that stage. While we filled that need to connect, transnational bodies are slow and inefficient. Some doubt the benefit of joining the EU. The laws of economics disagree with behemoth sized organizations and while economics do fail more often than we like, I have to throw my weight behind it this time. Becoming too large is not just a question about being too slow, it also presents a problematic assumption that everyone under this gigantic umbrella organization are roughly equal or agree in some way to head in a similar direction. You know that assumption is false.

The cracks in the EU, UK and other huge bodies are not surprising. We are in the middle of a series of changes. We need each other yet cannot reliably act as a team in the long run. And so we have and continued to teeter for the past decades. But a solution has arrived.

The engineers that created ARPANET never understood the full extent of their invention but the series of wide area networks they put together have given the world a whole new platform never conceived before.

The internet took over two decades to gain the prominence it has today. In that period, only the technically inclined understood how to run the service and even less were interested. There was little you could do online besides browse a few text based sites. The dot com boom and bust brought the internet to the world’s attention. Yes, it ended poorly but any publicity is good publicity. The mistakes made by companies attempting to harness this new platform were necessary lessons. Another ten years rolled by and new services were launched that understood how to navigate this brave new world. The internet has well and truly arrived.

Lives are now willingly uploaded and social conversations have moved from our physical world to the virtual platform. We have started to live online.

The internet is not just about websites and emails any more. It surpasses file sharing and simple information exchange. Lives are now willingly uploaded and social conversations have moved from our physical world to the virtual platform. We have started to live online. 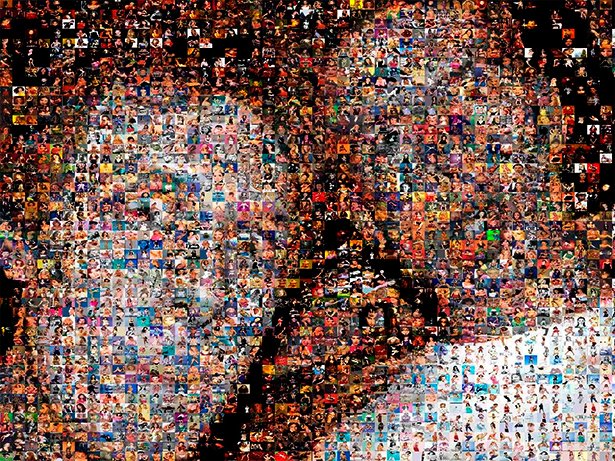 More people are likely to know you and indulge in your daily experiences through social networks than they do in real life. The content you read and watch are no longer strictly from physical media. We get our news online and more importantly we have moved towards a crowd sourced manner of consuming content. News outlets are slowly losing their control. It doesn’t matter what appears on the front page of a news site. What matters is which story gets shared on Reddit or Facebook and any other web platform.

The internet presents an actual realization of globalization. In the recent past, globalization meant you needed to be able to at least fly to a different country. No longer. Be anywhere and everywhere and experience the lives of others. Connect and cooperate in seconds. The quick and efficient manner in which virtual relationships are formed means that power has completely been diversified. No one really holds power for a sustained period of time.

The quick and efficient manner in which virtual relationships are formed means that power has completely been diversified. No one really holds power for a sustained period of time.

In short, the internet removes barriers set by those who dominate physical power. These are the politicians, media outlets and other middlemen who profit from filling the gap required to make connections between people. While one may argue that new middlemen will rise in the internet space, I will point to the ease in which one can create a competing power. The absence of barriers to entry online means that power will be diversified continually unless someone manages to put an artificial control on the internet. We know that none of that, even pushed by the strongest of governments, have achieved any manner of long term success. Maybe that will change in future, but I highly doubt it.

As optimistic a picture I have painted, the future lies in somewhat of an unknown. We will become more efficient. The role of nations and governments will descend in a manner similar to the now depleted empires.

The role of nations and governments will descend in a manner similar to the now depleted empires.

But, we will become fully dependent on this platform and that is not a good thing. Many science fiction films have depicted various end results of complete dependence but the truth is probably, as usual, somewhere in between.

Nonetheless, there is no stopping mankind’s progression from physical to digital. Embrace it with optimism but do so with a hint of caution.